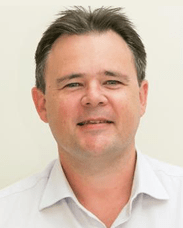 Paul McCue joined the Northern Territory Police Force in November 1990 and served in Darwin General Duties for 2 years, before serving 3 years in Alice Springs followed by 3 and a half years in Yulara (Ayers Rock). During this time, Paul was one of only four members patrolling the entire southwest corner of the Northern Territory.

After deployment back to Darwin General Duties, Paul resigned from the Police Force and was self-employed for over 7 years, before accepting a position in the Fair Work Ombudsman (FWO) as a Principal Investigator until re-joining the NT Police in January 2010.  It was during his time with the FWO that Paul developed a passion for fairness and protections in the workplace.

After stints in Communications, the Remote Policing Command and as an Instructor at the NT Police College, Paul commenced full time as the Field Officer with the NT Police Association in November 2012.

In May 2014, Paul received his Graduate Diploma in Investigations Management and in May 2015 was elected President of the NT Police Association, a position he was re-elected to in 2019.

Paul continues his passion to represent the hard-working police officers of the Northern Territory, and at the national level through the Police Federation of Australia.

At the forefront of his representation, remains the health, safety and wellbeing of the members, and their families, to ensure we #NeverWorkAlone.