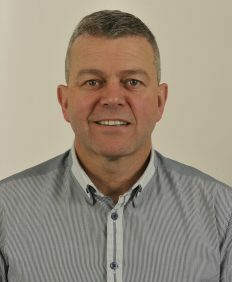 He has been an Inspector of Police since October 2008. He was posted in the demanding role as a Detective Inspector (2009-2014) managing the investigation of serious crime, whilst the Commanding Officer of the Australian Army Reserve Unit, the 12th/40th Battalion.

He was elected by the Tasmania Police officers as the President of the Police Association of Tasmania and commenced in this role on 1 January 2019 and remains an Inspector of Police, currently in that role.

He is a professional member of the Australian Human Resource Institute. He has also completed a Master of Management Defence Studies (2003), Bachelor of Social Science (2006), Graduate Certificate Police Studies (2007), Graduate Certificate in Applied Management [Policing and Emergency Services] (2017) and invited and awarded membership of the Academic International Golden Key Society (2009).

His Australian Army Reserve career had no breaks in service commitment between 1987 and 2016 – where he elected inactive service to focus on policing. He attained the rank of Colonel and was the principal plans officer on the Headquarters 2nd Division based in Sydney. He was awarded the Conspicuous Service Cross in the Australia Day Honours in 2012 for his efforts as the Commanding Officer of the 12th/40th Battalion. Colin has been a volunteer companion at Camp Quality since May 2017.